Thomaston, Conn. - Sept. 20, 2009 - Al Wesolowski of Torrington moves an injured bobcat out of the way of vehicles on Route 8 southbound in Thomaston on Sunday morning as several concerned motorists pulled over to prevent the animal from further injury. Though the state police had been called but not yet arrived, and Wesolowski risked getting bitten, Wesolowski, the owner of a currently ill 23-year-old house cat, said he did not want to see the animal, who had no control of its hind legs and was visibly in pain, suffer any more than it had already..Josalee Thrift Photo 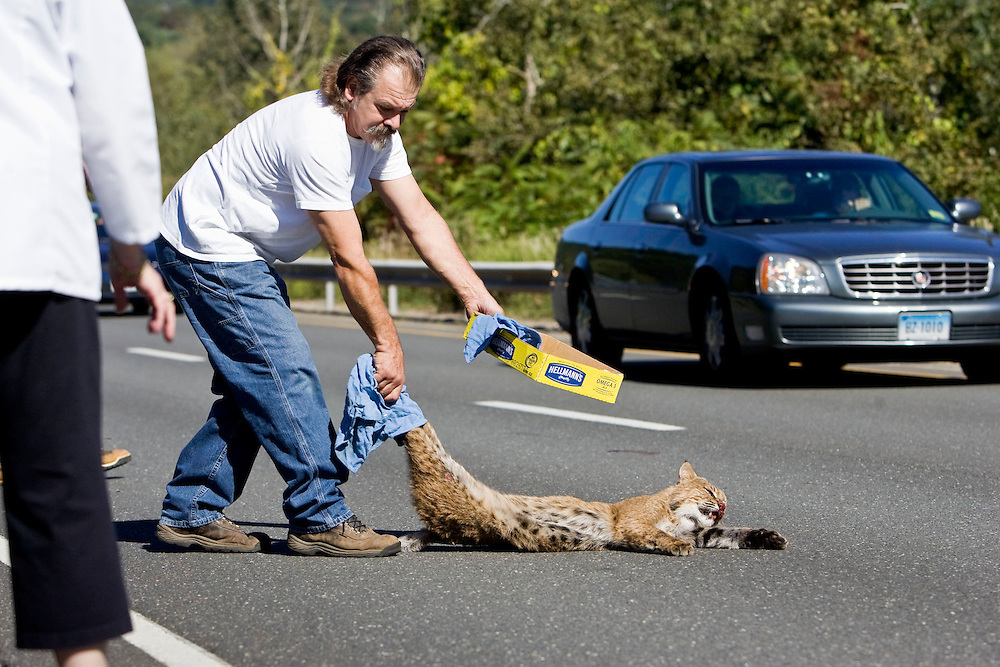