Documentary - "Cancer does not have me."
Image 13 of 51
Prev Next
Less

MIDDLEBURY, CT - 24 DECEMBER 2007 -112008JT16-.Paul Tyrrell watches as his wife Marie has her head shaved by her daughter Tracie Marcil at Marie's house in Middlebury on Christmas Eve 2007. Having gone through her fourth round of chemotherapy, this was Marie's second time having her head shaved since being diagnosed with stage four lung cancer. The hair cut followed a tropical-themed Christmas party at the empty house that was put up for sale after Marie was diagnosed..Josalee Thrift / Republican-American 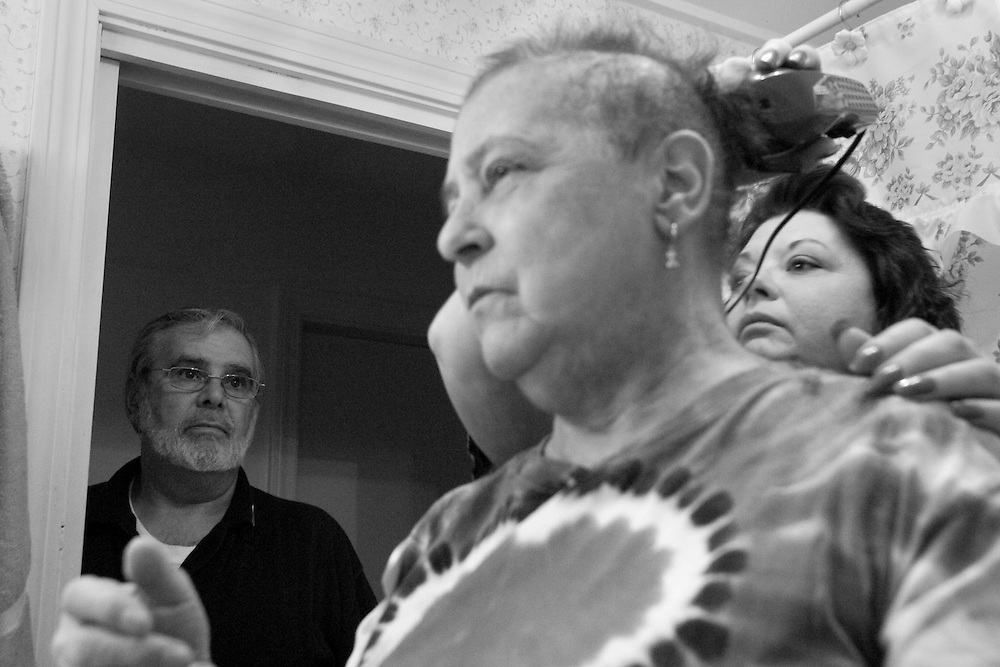