Documentary - "Cancer does not have me."
Image 20 of 51
Prev Next
Less

MANCHESTER, CT - 14 APRIL 2008 -111608JT21-.Marie Tyrrell kisses Dr. Richard Fichman after he performed cataract surgery on her on April 14, 2008 at Fichman's office in Manchester. Marie developed cataracts, a side-effect of chemotherapy, roughly two years after being diagnosed with stage four lung cancer. Having a terminal illness, Marie was hesitant about spending money on an expensive surgery that may only benefit for a few months. Fichman donated his services, using the new lens implant Crystalens, for free..Josalee Thrift / Republican-American 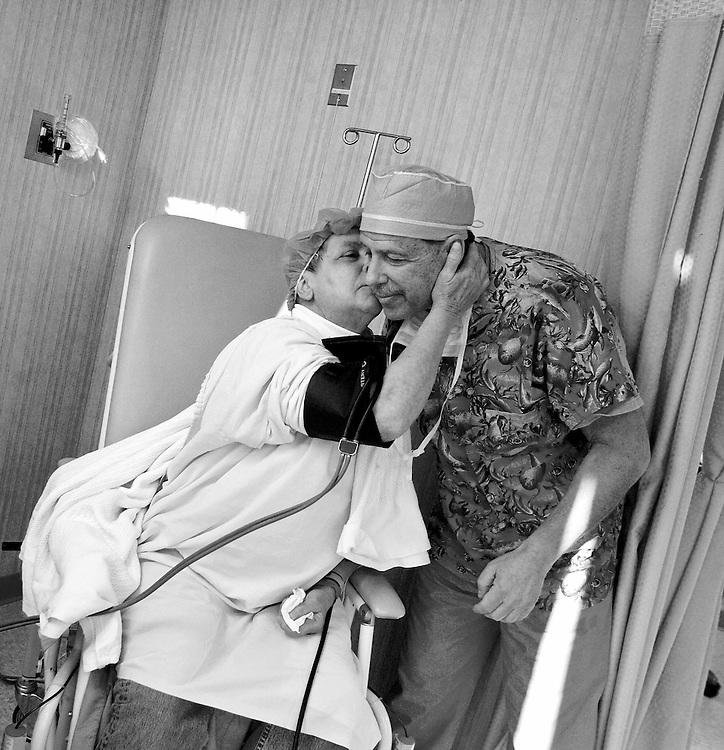